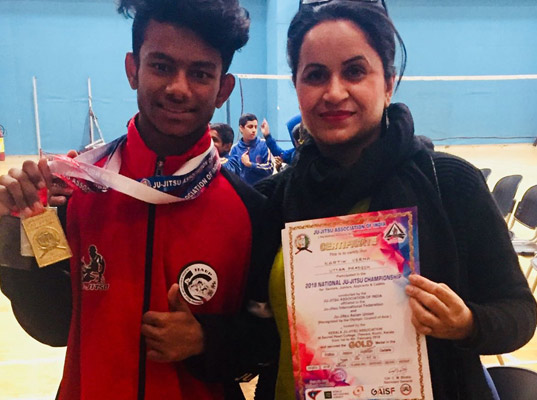 Kartik is a 15-year-old boy hailing from Noida, India, with an impaired hearing condition with delayed speech and language development. Despite his communication disabilities, Kartik has been incessantly maintaining a good academic performance at school and is currently studying in the VIIIth standard. Kartik has not only been effectively overcoming an unimaginable disability with ease but has also not let it ever come in the way of his talents. His excellence in sports ranges from Karate, Jujutsu, Kung Fu to Taekwondo. Besides being an outstanding sports man, Kartik is a great dancer too. Proving to be an inspiration to hundreds of other people with disabilities, in 2018 Kartik was awarded as the ”˜Best Dancer of the Year” by MCBN.