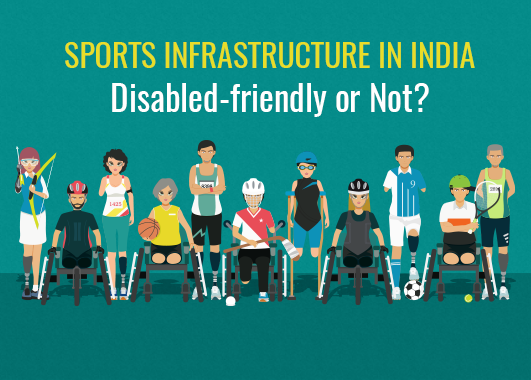 In our country, events like Paralympics don”t garner much attention due to our singular enthusiasm for popular sports like cricket. While our para athletes strive for bare minimums, countries like Canada actually celebrate the success of their Paralympians.

According to WHO, there are about 650 million people in the world who are differently abled in some or the other way. Out of this, eighty percent live in developing countries like India. In India, several acts like the Persons with Disabilities Act, 1995 and the National Policy for Persons with Disabilities, 2006 are supportive of the need for individuals with disabilities to participate in sporting, recreational and leisure activities. When compared to ”˜normal” athletes and sportspersons, para athletes are often widely ignored, forced to strive harder than the able-bodied to master their sport. They also have to endure massive societal rejection and discrimination before they can make it to the international level. Besides, even when they do make it, competitions are few and far in between, and in developing countries like ours, they neither get support from the government nor recognition from the society.

People are unaware of such competitions and we don”t see crowds thronging to watch them. However, at the recent Rio Paralympic Games, India outperformed several countries by winning many medals for their exemplary display.

In our country, there is a major focus on field events, and this has led to the evolution of world beaters like Devendra Jhajharia and Mariyappan Thangavelu. Since 1968, India has won 12 medals in Paralympics, yet somehow we don”t recognise their efforts. These players have given their craft everything they”ve got and their stories are remarkable.