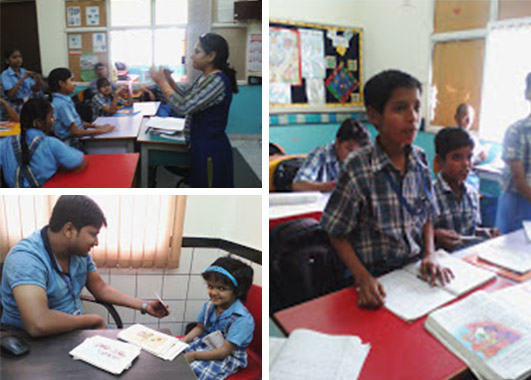 This year, it is the third Apraxia Awareness Day on May 14th but lesser do we know about its significance. The aim behind observing this day is to make more and more people aware about a condition called Childhood Apraxia of Speech (CAS). It is a disorder related to motor speech and a child with CAS has problems in producing sounds and uttering syllables and words.

It is not due to some kind of paralysis or weakness, but occurs because the brain has issues in sending signals for moving body parts to make speech. It is like a child wants to say something but his or her jaws, lips and tongue cannot support the brain to co-ordinate with muscle movements while saying something. As far as the symptoms are concerned, a Speech-Language Pathologist (SLP) may tell you about the signs to look for in a child with CAS.

If a child does not babble or coo as an infant, or his or her first words come out late, then he or she is probably missing sounds. These kids manage to produce only a few vowels and consonant sounds, and usually face problems in combining them, or take long pauses in between. Such children tend to simplify words by replacing complex sounds with easier alternatives. In severe cases, they may even have issues while eating.

When they grow older, they display slightly different features, such as making inconsistent sound errors, having better understanding of language during talks. They face difficulties in imitating speech, uttering longer words and phrases, or have delayed language development. A child with CAS sounds monotonous, choppy or may put emphasis on the wrong syllable. Such children come across expressive language problems including word recall and word order confusion.

They find fine motor movement or coordination challenging. Children who are over sensitive or under sensitive in their mouths may not like brushing their teeth or having crunchy food. Also, they have trouble identifying an object inside their mouth using touch. Issues may arise while trying to read, write and spell too.

Now, those who have this problem, do not need assurances but solutions about what can be done. It is when a charitable school for special children like Mata Bhagwanti Chadha Niketan (MBCN) comes into picture. Here, you can consult a certified-SLP to assess your kid”s oral-motor abilities, expression-control and development of speech sound. He or she may help you examine your child”s expressive and receptive language abilities with the literacy skills to identify difficulties co-existing in these areas.

During an oral-motor assessment, children are evaluated for low muscle tone or weakness in the jaw, tongue and lips called Dysarthria. The extent to which a child can coordinate the mouth movement while imitating non-speech actions is also considered. The non-speech actions cover side to side movement of the tongue, frowning or smiling.

Evaluating the melody of intonation includes finding out if a child can stress upon syllables and words. It also determines how a child uses his or her pitch and pauses for speaking different kinds of sentences. As far as the speech-sound assessment is concerned, SLPs focus on a child”s consonant and vowel sounds. He or she checks for a child”s sound combinations and individual sounds and understands their use of single words, conversational speech and phrases.

The intervention involves planning, sequencing and coordinating muscle movements for producing speech. CAS can be improved taking auditory feedback, visual cues and tactile touch cues into account. The multi-sensory feedback helps in muscle coordination and speech sequencing. If that seems a difficult milestone to achieve, sign language or use of an alternative communication system (a portable computer which writes or produces speech) can work. Remember the movie, The Theory of Everything on Stephen Hawking. This arrangement worked best for Hawking and would work for a child with CAS too in severe cases.