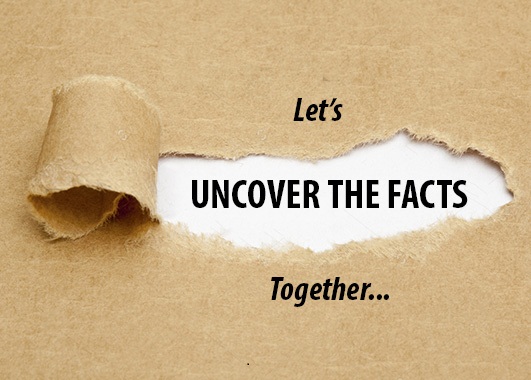 “The great enemy of the truth is very often not the lie, deliberate, contrived and dishonest, but the myth, persistent, persuasive and unrealistic.” – John F. Kennedy

Be it historical, cosmological or medical, a myth can only be curbed with facts, that are why it is extremely important to place proven facts against myths related to certain disorders as well.
Autism and Cerebral Palsy are disorders with symptoms that cannot be cited but felt over a period of time. This might also be the reason why several myths start doing the rounds in due course of time. In fact, most people use the terms Autism and Cerebral Palsy interchangeably, when they are actually quite different from one another. Autism is a developmental problem which limits the ability to interact and communicate whereas Cerebral Palsy is a congenital disorder related to muscle tone, movement or posture.
With this article, we delve into the myths versus facts debate in an attempt to elaborate upon the different aspects of both disorders.

Autism
Myth: People with autism do not care for others. They cannot feel any emotion and are unable to express themselves.
Fact:An autistic person can care deeply for others but cannot show spontaneity in developing empathy. According to Meenakshi Lamba, a special educator of Autism Spectrum Disorder at Mata Bhagwanti Chadha Niketan (MBCN), a charitable school for the differently-abled kids, “Children with autism are mostly non-verbal. They learn to communicate through pictures. They can simply express happy, sad or angry emotions.”

Myth: People with autism do not like making friends and love to stay in isolation.
Fact: Such people like to interact socially but are non-verbal, therefore less adept at developing good social interaction skills. Social skills can be taught to them quicker through specialised instructions and training, as opposed to letting them develop those skills just from daily life experiences.

The fact is affirmed by Meenakshi. “People with autism interact well with those known to them like classmates and siblings, and are happy but take a lot of time while interacting with strangers. We try a positive enforcement method in autism to motivate children to work.”

Myth: Autistic individuals are believed to be intellectually disabled.
Fact: The level of intelligence among these people may vary in general as they can be really bright or average or going through cognitive deficits. Meenakshi explains this very simply. “It is totally different from mental impairment but includes intellectual disability. Under this, the impairment occurs in three areas ”“ communication, social skills and thinking as well as reasoning power.”

Cerebral Palsy
Myth: Individuals with Cerebral Palsy don”t get any better with time. Their condition only worsens.
Fact: According to Dr. Shruti Mittal, Head of Department in rehabilitation therapy at MBCN, “This condition is non-progressive. It is not curable but can be managed up to a level where a child can be independent even up to handling activities of his daily living.”

Myth: People with Cerebral Palsy can never become independent.
Fact: Children suffering from cerebral palsy, especially with hemiplegia and spastic diplegia, can go on to become employed adults with a family of their own. They can be taught to self-care for reducing the burden off their families. In the words of Dr. Shruti, “All we need to do is understand and accept these children as how they are and what they are. This is something that keeps them motivated and enhances their confidence to work for life.”

We believe that the views expressed above will help change notions regarding autism and cerebral palsy. When all such myths are busted, the world can move on to finding and inventing better ways to nurture, educate and motivate children suffering from these disorders.